The Earl & Countess of Devon

There is a ‘history meets contemporary’ renaissance underway at Powderham Castle since the 19th Earl and Countess of Devon, Charlie and AJ Courtenay, inherited the estate in 2015. In just over two years they have reinvigorated the operations and are successfully turning Powderham into a model social enterprise that is warm, welcoming and inclusive. One Magazine’s Bruce Hetherington spent a morning with the couple finding out the inspiration for this transformation.

My morning started off bumping along a track in one of the old estate cars, looking for Charlie and AJ who were on a morning walk with their border terrier, Rubi. I found them in the American Garden, a lovely wooded section of the estate, laid out with trees and shrubs from the New World in the early 1800s.
Over the next couple of hours a wonderful story unfurled of great love for the heritage of Powderham and a profound sense of their responsibility to the broader Devon community.

Charlie and AJ met in Las Vegas and later married in California; for ten years they lived a normal life in a vibrant village outside of Los Angeles where both enjoyed successful careers – AJ in film and television and Charlie as a litigator with a US law firm.

Then Charlie’s father passed away unexpectedly and Charlie and AJ with two young children in tow found themselves in charge of the Powderham estate and about to embark on a journey of discovery. To find their family’s place in the long arc of Powderham’s history, and explore how to secure the ongoing viability of the estate.

Charlie and AJ are in this together with each taking on clear responsibilities. While Charlie light-heartedly describes himself as the ‘content’, AJ is bringing the commercial operations on the estate together.

“Over the past two years I’ve discovered what a creative, extraordinary space Powderham is, and how important it is to those communities it serves,” she says.
During this time Powderham has hosted a number of big events allowing AJ to gain some valuable insights into what works, and what doesn’t. She says Radio 1’s Big Weekend was a resounding success and, while Lockdown Festival was a commercial success, the considerable impact on the surrounding community was not acceptable and it is not being repeated.

Charlie is the curator – ensuring that the historical integrity of the Castle and the generations of Courtenays that have occupied it since 1392 is preserved, while at the same time supporting AJ in the numerous projects the couple are now managing. “We are learning all the time about this remarkable place,” says Charlie, “and the way it affects and touches people in so many ways. Powderham in our hands is really a brand new business, and yet our family has been trading in Devon since at least 1200. We are in reality an 800 year old start-up.”

Charlie has recently written a new edition of the Powderham guide book – the original having been written by his beloved Aunt, Lady Paulina Hadley, when the castle was first opened to the public in 1957. It is a fascinating read, covering all aspects of the Castle and the surrounds, woven through with Charlie’s personal take on the many characters and events that have shaped his surroundings.

In it he also describes how the Powderham Heritage Enterprises combines the public-facing elements of Powderham, based at the Castle, and the heritage landscape that surrounds it – the Deer Park and Woodland Gardens. The principal activities are the visitor attractions, weddings and functions, educational programmes, health and wellbeing, and outdoor events and concerts.

These are the aspects that AJ is bringing together as a social enterprise that operates in the service of the Powderham and wider Devon community. The enterprise is designed to be profitable, able then to re-invest in the maintenance of Powderham – it’s not cheap.

Their social enterprise has equality and inclusivity at its core and many of the new initiatives build on this ethos. To mention a few: Xplore, a local LGBT/Q youth charity is one of Powderham’s two supported charities this year; AJ has initiated a Forest School attached to the local primary school; Charlie has changed the old tour of the castle into two – one of which takes in the State Rooms of the castle and is fully accessible; and he has unearthed an ancient Courtenay Cartulary (a family tree and unique local history), which is now available to researchers and is on display in the Courtenay Gallery for everyone to view.

My morning ended with an adventurous drive up to the Belvedere, now being renovated but until recently a ‘roofless ruin’ of a triangulated castellated tower that stands prominently on the hilltop overlooking the estuary. It was described back in 1882 by the Gardener’s Chronicle in words that still resonate “if this is not a paradise upon earth it would be difficult to find one”.

Driving away from Powderham I was left with the distinct feeling that it is really us, the people of Devon, who stand to benefit from the vision of Charlie and AJ. This wonderful piece of history with its spectacular castle and myriad of things to do is in safe hands.

For more on the attractions and events at Powderham visit www.powderham.co.uk 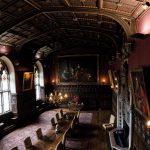 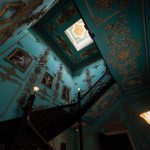 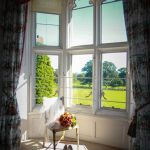 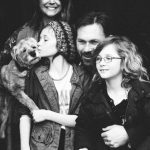 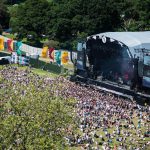