Win a QETTLE Boiling Water Tap and Installation worth over £750! 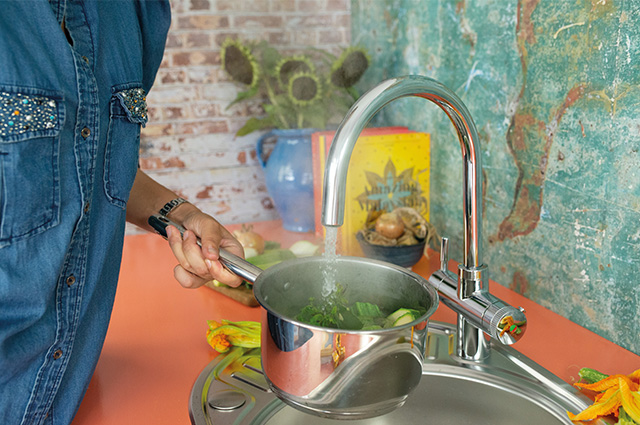 Win a QETTLE Boiling Water Tap and Installation worth over £750!

What could be better than true, 100°C boiling water on tap, whenever you need it? Clever, British-designed QETTLE taps do exactly that – and more. And thanks to Sidmouth-based East Devon Water Softeners, a QETTLE Original boiling water tap worth £555.00 is up for grabs! Even better, the prize includes installation (worth £199) by Hayden and his team at East Devon Water Softeners, plus a few QETTLE goodies to make that first QETTLE cuppa one to remember.

From instant hot drinks and snacks such as porridge, noodles and soup in seconds, a QETTLE is indispensable. You can bring pans of water for pasta, rice and vegetables to a speedy boil, sterilise bottles and jars, degrease messy baking tins and trays and even fill a hot water bottle. The uses really are endless. And because QETTLE is 4 in 1, there’s also an unlimited flow of filtered drinking water on tap, too. Bottled water and filter jugs will become a thing of the past.

Safe, yet easy to use and energy and cost efficient, every kitchen is better with a QETTLE.

Find out more about QETTLE from East Devon Water Softeners on 01395 741962, at www.eastdevonwatersofteners.co.uk or visit their new, Sidmouth showroom to try it for yourself!

Entrants must be residents of Exeter, East Devon, Mid Devon, or South Devon with EX or TQ postcodes. All other entries will be disqualified.

Terms & conditions: Competition closes 30/06/2021. Entrants must be aged 18 or older. Prize is non-transferable and no cash alternative is offered. Installation by East Devon Water Softeners must be carried out in Devon One Magazine’s distribution area. Qettle taps require a minimum water pressure of 1.5 bar on both hot and cold water flows. QETTLE boiler tank requires a normal, 13-amp power socket under sink (not included). Winner agrees to have their QETTLE tap and installation photographed and publicised by QETTLE/East Devon Water Softeners. Winner will be selected at random and notified by e-mail. General terms & conditions can be found here.