We chat to local historian Darren Marsh about his latest book delving into the history behind the Royal Clarence, Exeter’s recently lost and oldest hotel, to find out more about its historic importance in the city.

Q: Is this your first book or have you written before?
This is my second book. My first book, Exeter Through Time, was published in 2013; your readers may remember it being serialised in previous issues of your magazine.

Q: You were already writing this book long before the tragedy of the fire took place back in October last year. Of course you would never have expected this to happen – what were your immediate thoughts?
I started researching the history of the hotel in November 2013, and by the time of the fire, was already in negotiations with printers and potential publishers but serious health problems prevented the book being published at this point. My immediate thoughts were of disbelief and despair – during the writing process the hotel had become a dear friend and to watch its demise was hideous.

Q: How did this change the way you were writing the book?
The fire didn’t make any difference to my writing as by this time it was nearly complete; even now we don’t know the cause of the fire and speculation at that time would have been pointless. In the days and weeks after the fire it occurred to me that Exonians didn’t want to read any more bad news. I hope that my book will instead provide all who read it with a positive image of one of Exeter’s most important buildings.

Q: What aspects of history of the hotel does the book delve into?
This is the first time that a full account of the hotel has been written and the book explains in detail how several buildings eventually came together to form the Royal Clarence. The issue of whether the Clarence is indeed England’s oldest hotel is chronicled, and its part in Exeter’s social, political and economic history of the last 250 years is faithfully recorded. Along the way, the book looks at architectural changes, famous visitors and owners, changes in social history and includes photographs showing how the hotel has changed over time. Lighter moments include some missing Christmas trees and the antics of a visiting rugby team…

Q: The site of the hotel was originally part of Exeter’s Roman Fort. What was the building used for before it became the hotel we knew it as most recently?
Prior to the hotel being formed, the buildings of the close were townhouses for Exeter’s mercantile elite. The building on the corner of Martin’s Lane was, in the middle of the eighteenth century, and prior to becoming the Exeter Bank, known as The Rummer Tavern. When the bank merged with one of its rivals and moved to Broad Gate, Exeter’s first incarnation of Dellers Café occupied this prominent site, which was of course later subsumed by the hotel.

Q: What is your personal connection with the hotel?
My research over the last three and a half years necessitated spending a great deal of time in the hotel, and it became a home from home. Just two days before the fire I had afternoon tea in the Champagne Bar with a friend and the morning after that I popped in for a cup of coffee. Extraordinary to think that just a few hours later the building was in flames.

Q: The tragic loss of this historic building managed to grip the nation but many were not aware of the historic background of the building until the tragedy happened. Do you think this incident will make people more aware and appreciative of the other historic buildings in the city and wider area?
I certainly hope that recent tragic events will heighten awareness of Exeter’s significant built heritage – it’s all too easy to take these important places for granted. Some of my fellow historians are currently undertaking research that will further our understanding of what is now known as ‘St Martin’s Island’ – the portion of Exeter around Cathedral Close that survived the Blitz.

Q: Are there any other buildings of historic importance that you feel more people should know about?
The Devon and Exeter Institution, which has kindly published my book about the hotel, has a beautiful Georgian interior and sits just yards from the hotel, but is one of Exeter’s best kept secrets. The staff are always happy to show visitors around!

Q: Do you know the plans for the future with the building?
It has been widely reported that the façade will be reinstated and several of Exeter’s leading historians and archaeologists have been working with the architects during the salvage operation; they have been successful in identifying and rescuing some of the building’s historic fabric, with a view to restoration and reinstatement wherever possible.

Q: Finally, where can our readers get their hands on a copy of the book?
The book is now available in WHSmith, Waterstones, The Royal Albert Memorial Museum, various Tourist Information Centres, The Topsham Bookshop, Crediton Community Bookshop and several other gift shops and garden centres, as well as on Amazon. The book is large format, hardback and priced at £25. 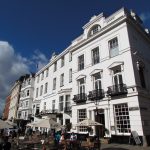 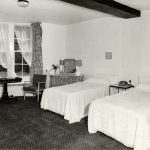 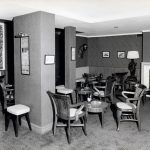 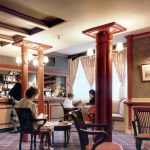 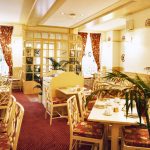