The buzz in Bill’s on Gandy Street starts first thing in the morning when it opens for breakfast at 8am – it’s clearly a favourite among city workers meeting clients before the work day begins. It transitions to a more relaxed atmosphere mid-morning when parents and buggies descend haphazardly to find room in the lounge areas for kids and friends, eases into lunch when the patrons are a mixed bag of students, city workers and shoppers and carries straight on through the cocktail hour and into long relaxed, discerning dining as the day turns into night.

That’s a trick not many chain restaurants can pull off – the tendency for the corporate compromise to overwhelm the personal touch renders many soulless shells for at least some of the day – but not Bill’s, which helps explain the success of the chain which now boasts 82 restaurants countrywide.

Our Exeter Bill’s is one of the first to receive the latest ‘vibrant vintage’ makeover too, boasting a mixed media collage of colourful paintwork and striking décor that makes you feel a bit like you are occupying a painting done in partnership by Frida Kahlo and David Hockney. A most pleasant feeling!

The feeling of contentment continued with the arrivals of our starters where we shared a generous platter of hummus, halloumi, olives, smashed avocado, tzatziki and deliciously, olive-oily squeezy focaccia bread washed down with a bottle of Bill’s own brand pale ale.

For mains I opted for the King Prawn Risotto and only discovered afterwards that this dish has been made redundant on the latest menu… so I won’t go into too much detail describing the poppingly succulent king prawns that burst with a taste of smoky tomato and accompanied by a lemony thyme risotto. It seems this dish has made way for a crab and courgette risotto on the current menu, but it looks like that same smoky tomato stock is still in play, so it’s probably fair to say that dish is worth a look in.

My sidekick – read eighteen-year-old daughter happy to be seen out with dad on this occasion – opted for the carrot, mushroom and cashew nut wellington. I tried to get her to dig into her soul at the time for the best description: “Comfort food – good comfort food,” was the verdict.

It certainly was a substantial pastry dish with the roasted, slightly caramelised carrot combining with the mushrooms and cashew nuts to lend weight to the tug of taste. But possibly a bit more autumn than summer!

Said eighteen-year-old also pointed out that Bill’s is one of the water refilling spots listed on her Refill app – an app that let’s her and other users know where to find establishments that are happy to have anyone come in off the street to fill their reusable water bottles.

“The Refill app is great, because it means you avoid the embarrassment of asking random shopkeepers if it’s ok to fill up” she says, but it turned out to be just one of a number of environmental initiatives underway at Bill’s.

Plastic straws are gone, the takeaway coffee cups are fully recyclable, and sugar in the pink lemonade is down 37% on last year. By the end of the year all eggs will not just be free to roam but actually free range and even the extractor fans are programmed to operate at different speeds depending on trade levels at the time.

126 ‘green rangers’ drawn from the ranks of Bill’s staffers oversee the various environmental initiatives and meet regularly as a group to ensure the chain stays on top of its commitments.

The Exeter restaurant goes even further in its social responsibility, making sections of the restaurant available to local charities to host sponsored dinners and fundraising events, and recently helped St Petroc’s charity raise hundreds of pounds for local homeless and vulnerably housed.

All in all the Bill’s verdict is good food from a very extensive menu, and a great ambience all backed up by great causes. And that is one of the benefits of a combined restaurant group – when it puts its collective clout into something it can make a very real difference.

Find out more at www.bills-website.co.uk 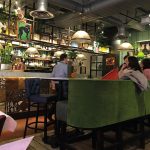 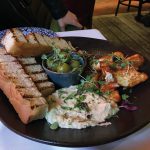 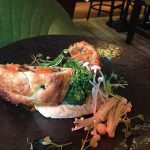