Dealing with loss is never easy, but dealing with bereavement after a suicide requires a different kind of support. We meet Alison Jordan, CEO of Exmouth based charity Pete’s Dragons, to learn more about the work they do across Devon.

Q: For those that aren’t aware, tell us a little about what your charity aims to achieve.
Pete’s Dragons vision, mission and values are made up of three elements. Firstly, we aim to provide suicide bereavement support to anyone affected by suicide in Devon. We are the only specialist service of this kind in the county and are often working with a family within 48 hours of a death. Secondly, we aim to challenge and lower the stigma and discrimination that still surrounds the subject of suicide. Thirdly, we aim to lower suicide rates by teaching both professionals and members of the community a range of suicide prevention techniques.

Q: It’s an unusual name. What’s the story behind it?
The Pete part of Pete’s Dragons is in memory of my younger brother, Pete Wicks, who took his life aged 24 in 2010. Pete loved dragons and had a huge collection of them. After his death, I came across a dragon design he had commissioned. That dragon now forms part of the Pete’s Dragons logo. Each and every dragon team member has their own dragon name, something they all enjoy choosing and using. There is now a large selection of dragon names: Summer, Kinetic, Flora, Magic… I’m Diva Dragon!

Q: Unfortunately, loss of a loved one is an accepted inevitably of life for all of us. But even so, it’s never easy and we’re never prepared for how devastated we feel during that time. Suicide bereavement is something else. How does the support differ from that given to people dealing with loss under other circumstances?
Here at Pete’s Dragons we don’t believe in a hierarchy of grief; losing someone you love is losing someone that you love – and it hurts. However, we do agree with the statement that suicide bereavement is ‘grief with the volume turned up.’ The death will have been sudden and traumatic and in most cases unexpected. Each set of circumstances and consequential reactions will be unique, which is why our service is bespoke to each person. We offer a safe environment filled with compassion where our beneficiaries are able to express themselves, understand that the emotions and thoughts they are having are normal and learn ways in which to cope and progress through their bereavement unhindered. The most important thing we offer from the very start is hope. Hope is the most powerful tool we have in our Pete’s Dragons toolbox.

Q: I imagine the support given is only as good as the people offering it. How many people are part of the Pete’s Dragons team?
We currently have three Suicide Bereavement Liaison Officers (SBLO’s), one for South Devon, one for North and one for Mid and East. They are the first point of contact. We also have an admin team, various holistic therapists and counsellors and a small army of volunteers who carry out a range of roles – all of which are trained in suicide prevention. We are extremely fortunate to have such an experienced and dedicated team.

Q: Do you think enough is being done to raise awareness of suicide in the UK?
We have seen a really significant positive shift in attitudes and awareness to mental health and suicide in recent years. However, there is still the general feeling that mental health services are ultimately responsible. It is this belief we would like to see changed. Two thirds of people who take their own lives have not engaged with any health professional within 12 months of their death, which means relying on health services to prevent deaths of this kind is never going to be effective.

Q: Where does the charity get its funding?
We are currently solely reliant on donations and grant funding. There is no statutory funding available in Devon for suicide bereavement support though this is something we hope will change in the future. 97% of all charitable donations in the UK go to the top 3% of large national charities which leaves us smaller grassroots charities competing for just 3% of that pot. Please consider supporting smaller charities next time you donate.

Q: You’ve got a huge number of stand-out achievements, including a feature on BBC Countryfile, receiving money from Comic Relief and most recently a win in the Exmouth Business Awards! What’s been your proudest achievement to date?
Gosh there have been so many! All of the above of course but really, for me as the CEO, it is when we say goodbye to a family or beneficiary. When we can see that they have made peace with the death and feel that they have the tools in their toolbox to carry on through life managing whatever it may present to them. Although it is usually quite emotional with lots of hugs and tears through smiles, there is nothing that can fill you with pride more than knowing you assisted in that recovery journey.

Q: Finally, what advice would you give to anyone reading who feels like they’re in a position of taking their own life but feels there is no help out there?
Right now I suspect you feel like you only have two options – to live and face the problems and issues which have led to you feeling suicidal, or to die. Reach out. Tell someone, tell lots of people. If you can’t say the words write it down. Tell people you love and trust, tell a health professional. Use Google and call, text or email one of the many web based resources that you will find. Don’t be afraid to talk about what you are thinking or feeling for it is just that – thoughts and feelings. Thoughts are not necessarily facts and all feelings pass eventually. Know that because you feel like this right now does not mean you will feel like it in an hour or a day.

Find out more about the inspiring work Pete’s Dragons do across Devon at www.petesdragons.co.uk 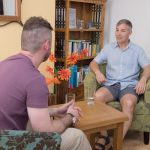 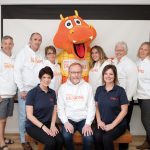 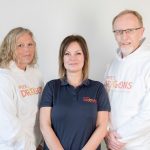