We meet the Crediton filmmaker responsible for creating the UK’s largest cardboard box fort to find out more about the build, filming in your hometown and promoting local talent.

Q: How long have you been a filmmaker?
I got into it comparatively late. I wasn’t someone like Steven Spielberg who picked up a camera and made short films when they were eight. I filmed family holiday videos as a teenager and did some short edits of clips from them but I didn’t make my first ‘proper’ film until I was 18. This was a two minute film for an A-Level where me and my friend had a lightsaber fight in my garden. I’d cringe if I watched it now but at the time I learnt a lot from doing it! I then went onto study film at University and have been primarily working as a freelance filmmaker for the past five years.

Q: Tell us more about your latest release, Fort Box, which was filmed in your hometown of Crediton. What’s it all about?
Fort Box is a fifteen-minute drama film and follows ten-year-old James who loves constructing things from cardboard boxes with his Mum, their latest creation being a box car which they dart around the house in! Mum has an idea for their most ambitious project to date – a cardboard box fort made from thousands of boxes…

Q: Why Crediton?
We filmed there as it’s my hometown and I’d never actually filmed anything around the town before. As well as the park we filmed in the Hospital, Town Square and several shops where I convinced some of the shop keepers to make cameos!

Q: To film a cardboard box fort you had to (obviously) create a cardboard box fort – the UK’s biggest one at that! And you did so right on Newcombes Meadow Playing Field with the help of over 250 people. How did you recruit everyone?
The event was open to anyone who wanted to come along, so I advertised it as much as I could beforehand. We had a core build team of around 15-20 people, which consisted of my friends/family/other filmmakers who laid the forts’ foundation so anyone could come and add further boxes on top. The West Devon Emergency group, who offer to help run events, were a massive help and provided equipment and some extra hands. Throughout the day anyone could also paint a box to make the fort look a bit more colourful too!

Q: How many boxes were used and where did they come from?
We had just over three-thousand in the end, which was the target I set when box collection began. This was done in just under three months. It was a slightly surreal situation as I collected the majority of them from shops along Crediton High Street which is exactly what James does in the film. Various people from around Crediton, and even beyond, offered up boxes and many were also brought along on the day. All the boxes were recycled by Tesco in Crediton, it took about 5 or 6 trips with a white van to get them all down there. We filled 36 delivery cages worth!

Q: Did you run into any issues on the day of the build?
Other than the wind blowing sections down earlier in the day, everything ran smoothly. But I had to attend a few meetings with Mid Devon District Council to get permission to build the fort. One of the things that came up during this was: ‘What is your plan if someone decides to burn the fort down?’ Thankfully it didn’t happen but it was always at the back of my mind. It wasn’t helped by the fact that I spoke to so many people who asked what I was doing with the boxes and joked I should make a massive bonfire at the end. Cue nervous laughter from me…

Q: Where did you recruit your cast? Are they all local actors?
Luke Morley, who plays James, is from Devon. I cast him after approaching PQA Exeter, a local drama group for children. It was a tough role to cast and he had to act some very difficult scenes but did a fabulous job. Craig Wilkinson and Christina Hardy played the Dad and Mum respectively. They were both cast through an online casting website. They’re both based in London so met halfway in a pub in Salisbury which would later be temporarily closed after the actives of two Russian Tourists…

Q: With cancer playing a key element in the story, you’ve decided to the filming process as a way of fundraising for Hospiscare. Can you tell us more about how you’ve been able to do this?
The Mum is diagnosed with cancer in the film and James raises money for a cancer charity so it seemed like a good chance to do this in real life also. We had a collection on Fort building day and proceeds from our Crediton premiere back in April were also donated. We raised over £300 in total.

Q: The film has now screened at nearly 20 film festivals worldwide and has won some notable awards, including Best Actress at the English Riviera Film Festival. Did you ever hope to receive such high acclaim?
It’s one thing when friends/family say they enjoy the film but it’s really lovely when it gets selected for festivals as it means someone outside of them has watched the film and enjoyed it. I was so happy that Christina won that Best Actress awards, she’s truly brilliant in the film and is originally from Torbay so it meant a lot to her.

Q: How does it feel now the film is online for everyone to watch?
I’m really excited to see what everyone makes of it. If they enjoy it I’m hoping they’ll share it on social media to bring the film to the attention of as many people as possible. I’d love to hear people’s comments about it – they can contact me through my website: www.domlee.co.uk 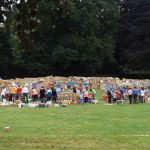 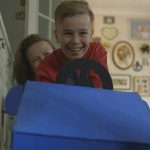 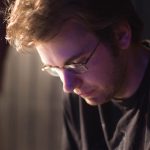