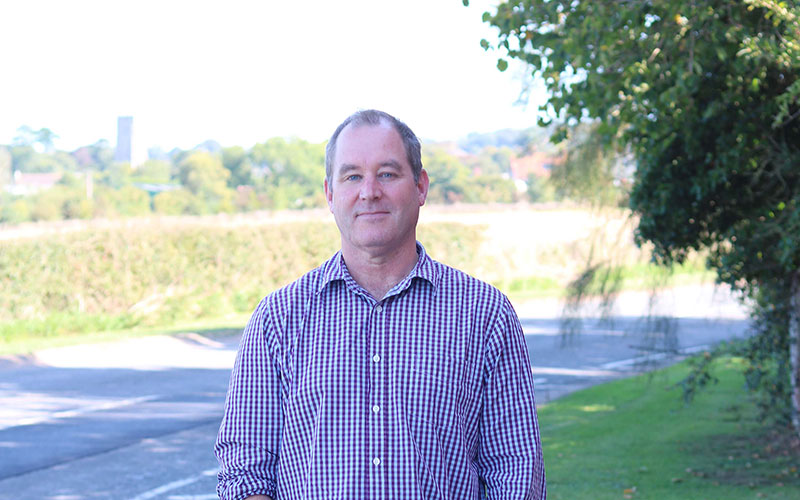 This month, we have been lucky enough to sit down and interview our Managing Director, Bruce. Have a read of our interview to find out what Bruce gets up to in his spare time, where he sees himself in 10 years, what he did before joining our team and much more!

What is your job title?

I am the owner of One Media and the Publisher of the One Magazine and Be Creative with Workbox.

What are your job duties?

Ultimately I am responsible for the wellbeing of the business and the people who work in it. Operationally I have handed the responsibility for most areas to those who are more skilled than me. To some extent I am involved in every aspect of the business which is great fun and ensures my days are varied. I could be helping with editorial content, doing interviews, speaking to one of our advertisers, placing a job ad, conducting an appraisal, checking in with the printers, authorising the big payments, keeping the bank manager on side and loads more.

What would you say the best part of your job is?

I really enjoy the different things we do. One Magazine is a hyper-local free magazine, whereas the textile art magazine Be Creative with Workbox is an international special interest magazine selling through WH Smiths and a number of independent retailers, so we cover the two ends of the magazine world with those two titles.

We’ve built a very strong distribution network to deliver One Magazine and leaflets which makes us one of the biggest youth employers in Devon, if not the biggest. I can’t think of too many other businesses that employ over two hundred teenagers!

And we have a thumping digital business, with about a hundred websites that we have designed and host for our clients, and a number of very busy social media sites that we use to engage our readers.

What were you doing prior to working here?

When I left the University of Cape Town with a degree in Economics, I didn’t really know what I wanted to do with my life. I went to America with a friend and we drove from New York to San Francisco. That took a few months and by then I knew I wanted to work in newspapers so I applied to work at the San Francisco Chronicle, which is one of the best newspapers in the world, but I didn’t even get a rejection letter.

It was also a very exciting time in South Africa as it was just emerging from 40 years of apartheid rule which is when I went back home. I went and spoke to the editors of two of the biggest newspaper outlets in South Africa. I did get a job offer from one of these newspapers but then I got a call from Aubrey Sussens who ran a successful South African financial PR firm. Aubrey said if I worked for him for a year I would learn about all aspects of the media and could then choose the area I liked best. As it happened I worked for Aubrey in his various companies for the best part of the next decade, and in the end colleagues and I bought the firm from him on his retirement.

We were doing a lot of work with publicly listed companies internationally, and a major global firm bought us out. Shortly after that my wife and I decided to move to the UK so that our young daughters could be near to their grandparents, who by then were living in the UK. My Dad was born in London just before the start of WWII so I have half of my extended family over here, and ancient roots to the country.

It wasn’t long before we fell in love with Devon and I bought a parcel delivery franchise in Marsh Barton. It was called Interlink Express but is now called DPD Local. That coincided with everyone going nuts for online shopping and volumes when through the roof. It was a very difficult business to manage as a result and when Le Poste, the French post office, offered to buy out all the DPD Local franchises to make them part of the DPD Group I made sure I was front of the queue! As soon as I knew that deal was going through, I was looking for the next thing.

I saw One Media up for sale as a publishing business and was immediately drawn to it as I know the publishing game from my old media days. I met the founder, Paul, who started the business 14 years ago and felt straight away he was someone I could trust. Since buying the business over two years ago we continue to see growth year on year and we’re continuing to build the best team and the best product. What’s great is that Paul has stayed on in a semi-retired role too.

The key indicators for all parts of the business are going in the right direction and our magazines have had their best ever advertising numbers this year. Print media is not dead!

What do you do in your spare time?

I’m being dragged all over Dartmoor by my 15-year-old daughter and her friends as they are hoping to do the Ten Tors 45 next year having smashed Ten Tors 35 earlier this year. I also spend some time on my bike as I really love epic touring bike rides taken slowly. I’ve done a couple with friends, including riding from Porto in Portugal to Santiago in Spain and we are lining up another around Bilbao and the Basque country for some time next year. We don’t take it seriously – our training ride is a half hour ride up the Teign Valley to Fingle Bridge for a pint or two.

Tell me about your home life.

I live in a very small village on the edge of Dartmoor at the top of the Teign Valley with a fantastic partner who is a teaching assistant at a local comprehensive high school. We have two amazing daughters, one of whom goes to Uni next year to study biomedical science and the other goes to Teign School where she loves art and music. We have two dogs and look across fields of sheep and the odd fox. England has been very good to us. Hopefully we are able to give something back.

What is your favourite part about living in Devon?

My favourite part is how friendly everyone is. You don’t find this level of friendliness amongst people in other parts of the country. When we moved into our village it turned out a neighbour was the 8th generation village blacksmith. While the blacksmith works have slowly closed up there are still people in our village like him and I like that they don’t need to prove anything. That’s why they can be so friendly!

On top of that, Devon is the most beautiful part of the country to live in.

Do you have any words that you live by?

My daughter’s journal was lying open the other day (the first day back at school). She had a list of things she had to get done for the year and at the bottom she wrote “remember, be kind and don’t complain”. So I am currently trying to live by those words as I think it’s a really good motto.

Where do you see yourself in 10 years?

Funnily enough, I did this exercise with my wife recently. In the next few years our children may leave home. Then what?! I hope I will still be involved with One Media in some capacity, whether or not I’m working here physically. I would like to be somewhere near a dive spot as I really miss the scuba diving I used to be able to do in South Africa. My wife and I were advanced divers before we came over so if I could dive as frequently as I cycle my bike then that would be ideal. I would also like to be somewhere where I could see my daughters once a week if that’s possible. I would also be very happy if I’m still in our Devon village! 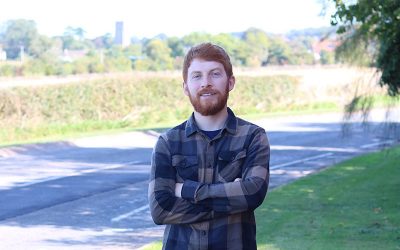 To kick things off on the blog we interviewed Jake, The Editor of One Magazine. So have a read of his interview to find out more about his job, what his hobbies are, where he would love to travel to and much more. 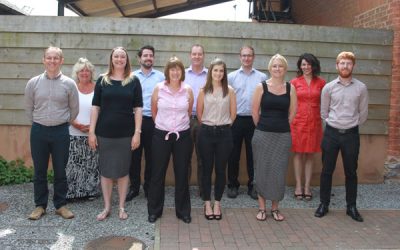 Welcome to Blog One!

September is the month of new; a new month, a new school year, a new season and to stay on trend, One Magazine is also bringing in its own round of exciting changes. We are constantly evolving to make sure we are always bringing our readers original and exciting content.