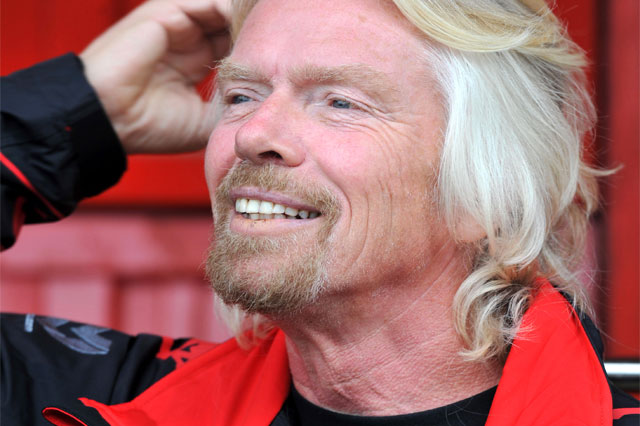 Sir Richard Branson may be a global superstar, but he hasn’t forgotten his roots. Famously claiming that “Devon holds a special place in my heart,” the enigmatic entrepreneur has backed the National Trust’s bid to buy Bantham beach and the Avon estuary, a spot where he used to while away hours fishing with his father. His company Virgin Care also bid to run core NHS and social care services for young people in Devon.

Sir Richard Branson may now holiday a little further from our Devon shores – he currently calls his privately owned Necker Island in the British Virgin Islands home, and travels six months of the year – but the businessman was raised in Blackheath, London, and spent his summers upon the English coast.

Rising from mediocre academic grades and a conventional childhood to phenomenal business success (and gaining a knighthood along the way), the entrepreneur is now placed number 24 on the Sunday Times Rich List and worth over £3billion. Branson tells The One that his success stems from his “love of learning.” “It’s my inquisitiveness and the frustration that I feel when I can do something better than somebody else is doing it.”

A low achiever at school, Branson’s headmaster prophesied that he would grow up to be either a criminal or a millionaire. Sure enough, Branson’s “let’s do it” mentality, has taken him from Blackheath and crabbing in Bantham to central London and from there across the world – though back in the early days when he was dealing in records he has a brush with the wrong side of the law. The 20-year-old Branson was questioned in connection with selling export stock records on the UK high street and eventually, his mother had to re-mortgage her home to settle the case (no doubt he has paid her back by now).

Fresh out of school, Branson and his friends launched their first serious venture, a magazine named The Student, and tasted success. Now, Branson’s Virgin umbrella is home to Virgin Care, Virgin Atlantic Airways, Virgin Mobile and many more. The ‘Virgin’ company name has held fast – originally selected because Branson and co. were new to the world of business. Today, the businessman is quick to stress how important branding is. “Your brand is your reputation, it’s almost your everything. If people trust your brand you’re going to do well, if people distrust your brand you’re not going to do well.” Though, of course, he warns that, “ultimately, branding is only as good as the product that’s behind the brand.” If perfecting the product is a must – “every single little detail has to be right – you can never be the second best”- then delegation of talents becomes another priority.

Branson explains that the dyslexia which affected his school grades actually proved an asset in the workplace; it forced him to source others who could “fill in his blanks.”
He explains, “finding people who are better than you to do the things that you’re not good at, frees you up to do the things you are good at.” But letting go of the reigns must be hard when you’re the head of a massive conglomerate. Branson is the first to admit there have been times where the company has struggled to keep afloat. “British Airways came that close to driving the Virgin Empire over the cliff,” he says, reflecting on Virgin’s battle against British Airways for the airline monopoly back in the 90s. There was a time when Branson’s bank manager got so “completely panicked” he thought they’d be closing shop. But then came a quick-fire turnaround and they “managed to scrape through” over the course of a weekend.

If Branson has looked failure in the eye and triumphed – “there’s a thin dividing line between success and failure and we managed to stay the right side of that line” – then that should reassure smaller companies. While the entrepreneur admits that the first year or two are tough for any new business, warning “only maybe two out of ten companies manage to survive,” he lights up when talk turns to start-up businesses. “If you don’t succeed, it’ll still be the best education of your life,” he grins. “You will have learnt all about the struggles of building a business and that’s the time not to give up. It’s the time to play something anew and think: ‘why did the last project go wrong, how can I do it better next time, how can I make a real positive difference to other people’s lives, who are the really good people I had last time that I can keep for my new business?’ And just try again. Ultimately, as long as you have that attitude you will succeed.”

Branson clearly practises what he preaches. From opening his first record shop on Oxford Street in 1970, to his current portfolio, Branson’s kept hold of “the really good people” from projects past. Fashion designer Vivienne Westwood’s recent redesign of the Virgin Airways’ brilliant red uniforms was the fruit of a long standing relationship. “I go back an awful long time with Vivienne Westwood. Virgin signed the band The Sex Pistols many years ago, Vivienne designed all their clothes and she went out with Malcolm McLaren, their manager.”

Fast forward the intervening years in which Westwood claimed her throne in the fashion world and Branson revolutionised the marketplace, the two have joined forces once again. “I think of all the designers out there she’s the one who can come up with outrageously exciting clothes; clothes that will make our cabin crew feel either very handsome or very beautiful.” Perhaps Westwood will also be designing the uniforms for the staff of Branson’s much feted Virgin Galactic. After all, space fanatic Branson has spent the last decade preparing for his inaugural journey into subcortical space. The $250,000 price tag for a ticket on this voyage may leave a lot of modern day stargazers back on solid ground, but in Branson’s opinion, right now home is where the exciting developments in business are happening. “It’s about the most exciting time for entrepreneurs there’s ever been in Great Britain,” he exclaims. “Fast forward five years and there are going to be a lot of very exciting new companies to come out of this country.”

The ONE team may be staying put for now, but when Branson returns from outer space, he’ll always be welcomed back to Devon’s coastline.