Drawn to Devon – An interview with Kirstie Allsopp 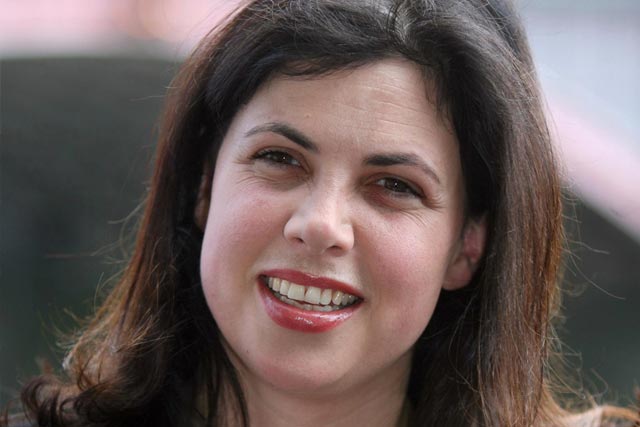 As the daughter of Charles Henry Allsopp, also known as 6th Baron Hindlip and former chairman of world-famous Christie’s auction house, it appears property is an Allsopp family vocation. Perhaps also taking after her interior-decorator mum, as a child Kirstie’s fascination lay in home furnishings.
“I was obsessed with the look of my bedroom and I had a dressing table full of bits I collected and made,” she remembers. “For my 12th birthday my mum transformed my bed into a four-poster with white fabric, green bows and a pink trim…”

Moving house didn’t mean saying goodbye to her custom interior. “Instead, my mum made the curtains of my beautiful bed into blinds for my new room, because I moved into the attic!”

Allsopp insists that, “Making things has been in my family for as long as I can remember, and more importantly, up-cycling and changing things around,” and this is reflected in her Kirstie’s Handmade Britain series. However, despite her childhood creative credentials, she didn’t enter the field by the most traditional route.

After a spell teaching English in India after school, Allsopp returned to the UK and tried her hand in the magazine world before starting a home search company, Kirmir, which focused on finding high end London homes. Approached for TV screening tests, she soon found herself climbing up the television ladder and is now one of Channel 4’s most familiar faces – alongside her on-screen ‘husband’, Phil Spencer.

Kirstie’s real life partner Ben Anderson also has a passion for brick and mortar. He’s a property developer who, with the same industrious attitude as his other half, built up his property empire after leaving school at 16. With her work commitments and two young boys to look after, plus two children from Anderson’s earlier marriage, it can be hard to squeeze in a crafting session these days.
“Being a busy working mum means there isn’t lots of spare time,” Allsopp says, but “I get to make a lot when I’m filming, which is a brilliant fix.”
She might be known for her handicraft abilities, but like anyone else, Allsopp has a stash of unfinished projects she hopes to come back to. “I’ll get to them one day…” she laughs, adding “My life’s ambition is to make my own quilt from start to finish.”

This quilt was put on the backburner while Kirstie developed her six-bedroom holiday cottage in Welcombe, Devon, bought for £300,000 in 2008 with Anderson and his business partner William Montage Wentworth-Stanley.
“Meadowgate was a huge project,” she admits. “The house had been empty for almost four decades.” The savvy property presenter now uses her polished-up Welcombe residence as a holiday home-cum-property investment, and it was at the centre of Kirstie’s Homemade Home.
“When it came to the renovations, I decided I wanted to focus on the skills of those near the house, from blacksmiths and glassblowers to upholsterers and carpenters.” She’s previously been forthright in saying she’s “committed to Devon” and the local community. The renovation project also utilized Kirstie’s own skillset, and she says the project “reinvigorated my passion for the handmade and the homemade.”

While the couple and their children still consider their Notting Hill residence their central base, they return to their second Devon property as often as possible, often making the three hour drive south on a Friday night to enjoy a weekend in the county.

Their ivy-clad manor house near Honiton, just outside Broadhembury, lies against a pretty village backdrop, complimented by the landscape of the Blackdown Hills. When she finds a moment to herself, what will she be crafting amid this picturesque backdrop?

Most likely, the humble pompom. “They are fast, simple, and instantly gratifying. And of course, you can do so much with them!”