One Magazine’s Jake Tucker meets the 54 year-old man from Topsham that plans to ride the gruelling 1000 mile journey from John O’Groats to Lands End on a Penny Farthing, raising money for Exeter based charity ‘Ride-on Cycling for All’

Q: This is a big challenge you’ve set yourself. Have you ever done anything like this before?
I’ve actually done the route twice before on a regular bike, once when I was 21 and again just three years ago. The first time I did it I didn’t do it for charity; I was just young and wanted the challenge! The second time was just after I lost my mother from a stroke and at the same time a very good friend of mine had a major stroke too, so I felt strongly about doing something to raise money for the Stroke Association who do some amazing work. I think having a purpose like that to complete the challenge is really motivating.

Q: Where do you draw most of your inspiration?
I take great pleasure and inspiration in working with people. I’ve titled the whole challenge ‘A Penny for your Thoughts’, as I plan to carry around 100 Victorian pennies to give to people along my journey in order to hear their stories, that have either helped them, or perhaps impeded them on their own life journeys. I hope that I can inspire people with my journey, and take inspiration from the journeys of others.

Q: A Penny Farthing only adds to the challenge, you’re not making life easy for yourself! Why did you choose this method of transport?
I’ve always wanted a Penny farthing since I was a child – there’s something very nostalgic about them and I think they look fantastic. It’s great to see the excitement on the faces of both young and old when I’m riding it. As I’ve done the journey before, I think this time there’s something about going a lot slower. Society is so fast-paced these days and there’s often not a lot of time to be able to slow down and engage with things, and people, which is what I plan to do along my journey. And to be honest.. I just like a challenge!

Q: It looks a difficult contraption to ride, is that so?
It’s not actually as difficult as it looks. Once you’ve practiced getting on a few times and tried it once or twice it’s easy! I’m planning to ride on minor roads as much as possible as you do have to be careful going down steep hills, as the back wheel can lift off of the ground which is very scary. There have also been a few occasions where I couldn’t back pedal to brake due to the pressure but, touch wood, I haven’t had any accidents yet.

Q: This is obviously a very physical challenge, how much training have you done in preparation?
Virtually none! He Laughs. I’ll be honest – I’ve hardly done any at all. I’ve done a lot of long trips on bicycles, over the Pyrenees and across Spain, and I’ve always found the first two days incredibly tough, wondering what I’ve got myself into, but you gradually get into the rhythm. I’m not trying to rush so I’m aiming to do about 40 miles a day on average which should take me about a month. That’s the plan anyway.

Q: Tell me a little more about the charity you’ve chosen to raise money for and why you have chosen them?
‘Ride-on Cycling for All’ is an Exeter based charity, and their aim is to restore old bikes and make them available for people at a cheap price. But it was after chatting to a local GP friend of mine who told me about the ‘Riding without Age’ scheme – originating in Denmark, that aims to help old people enjoy the pleasure of cycling despite their age by creating specially adapted rickshaws for the elderly or disabled – that I became really passionate about the collaborative idea. There are now hundreds across the whole of Europe, but they have yet to reach the UK and so I’d love for Exeter to be the first UK city to get hold of them. I feel that society’s opinion on the older generation can often be quite negative, but the reality is we’re all going to get older. Having worked with older people in various ways throughout my life, it is so rewarding to see the happiness that we can bring to them by granting these simple pleasures.

Q: Do you have a target amount that you’d like to reach?
It’s a large figure, but £10,000 is what I’d love to be able to achieve. This money would purchase two specially adapted rickshaws for the charity to use in order to kick-start this scheme to provide a great way of caring for and connecting with older people.

Q: You must be looking forward to riding through your home turf in Devon?
I am but the hilliest place you get to is definitely when you cross the Devon border. I’m not sure how I’m going to tackle that leg yet; I think I’ll be heading over Dartmoor but there might be a bit of walking involved!

Get involved:
John’s journey starts on the 21st June and he aims to finish around the 19th July. He will be updating his blog throughout: www.justmeandthepennyfarthing.blogspot.co.uk

Any generous donations to this worthy cause can be made byvisiting John’s TotalGiving page here: www.totalgiving.co.uk/mypage/pennyforyourthoughts 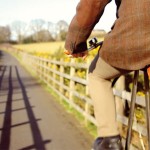 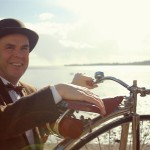 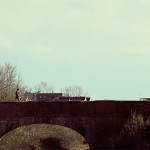 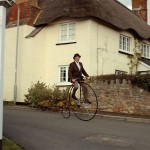 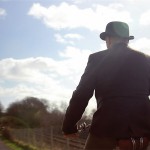